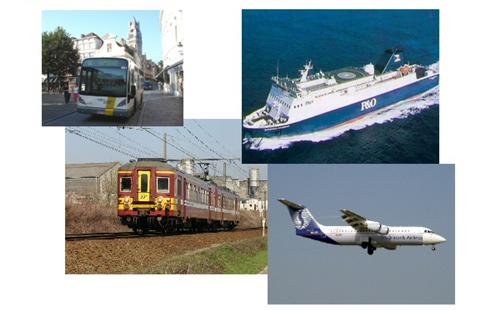 Rohtak is a bustling city on the outskirts of Delhi, in the National Capital Region. The city has witnessed a lot of growth in the last few years. The city is set to be a very important place in the years to come. A lot of industries have been set up. There is an Indian Institute of Management here in Rohtak. The people of this city have all the modern amenities of life at their disposal. The transport facilities of Rohtak have made it very convenient for the people to travel to all parts of India as well as other parts of the state. Rohtak belongs to the state of Haryana. The Haryana Transport department looks after the transport facilities of the state.

Buses are the lifeline of the people of Rohtak. This is the main public transport facility that is available in this city. The people of the city rely a lot on the bus services to reach their destinations. The bus depot of Rohtak was established in the year of 1967. The fleet of buses at this depot consists of 196 buses. The maintenance of these buses are done by the staffs of the Haryana Transport Department. The bus service is run on a punctual basis and the people are really benefited a lot. The bus service connects various parts of the state.

The Haryana State Transport Department’s buses cover long distances as well. The premium buses which are of Volvo are available for people who can afford to pay higher ticket prices.

The staffs of the Haryana Transport Department work very hard to ensure that the people are able to get the best possible service from them. The buses are kept in good condition. The staffs behave very politely with the passengers to ensure that they feel at home. The bus routes have been decided in such a way so that people from all across the city find it convenient to avail the bus service.

Apart from the State run buses, there are a lot of other private travel agencies which run buses to various parts of the neighboring states. These travel agencies provide better facilities, though the ticket fares are higher as well. The state buses and private buses complement each other very well to provide a very efficient transport system in Rohtak and its neighboring areas. Know More Here.

Trains are the cheapest modes of transport in India. Like all other places in the country, Rohtak is also connected very well with the rest of the country through the network of Indian Railways. The Rohtak Railway Station is a very important station in the state of Haryana. Most important trains travelling through the state of Haryana, make a stopover at Rohtak. They are able to travel very easily to other parts of the country. Delhi is the nearest major railway station.

There are a lot of trains all through the day connecting Rohtak to the national capital. The journey from Rohtak to Delhi takes less than an hour. Delhi being the capital is connected by all modes of transport to other parts of India and abroad. This is a very good facility for the people of Rohtak. In case they are unable to avail a direct transport to their destination from Rohtak itself, they can travel to Delhi from where they will most certainly be able to do so. The railway station at Rohtak is a very well maintained one.

It has all the modern amenities available for the passengers. The passengers will be able to refresh themselves at this station after having had a tiring journey. Good food is available at the station as well. The fact that the ticket fares of the Railways is so less, ensures that even the poor people are able to travel in the trains. Like the rest of the country, Railways plays a very important role in the economy of the city of Rohtak. Know about all the trains from Rohtak, Here.

Other than the buses and the trains there are other modes of transport within the city of Rohtak. The people can avail the autos which ply all over the city providing quick transport to the people of the city. The ticket fares of the auto are very much affordable as well. The auto rides are very pleasant ones as one is able to enjoy the cool breeze during the swift journey. The taxis provide efficient transport to the local people as well as the travelers.

The taxis not only operate within the city of Rohtak but also help people commute to neighboring cities like Delhi. Tourists coming to Rohtak, avail the taxis to reach the railway station. There are a lot of private travel agencies which provide private cars on hire. The people of the city as well as the tourists can hire these cars to travel to their destination. The fares of these cars usually depend on the distance of travel and the time period for which the car is hired.

The roads in Rohtak are very well maintained. There are good quality broad roads all over the city. The journey in and around Rohtak is always very enjoyable because of the smooth roads. The Transport Department of Haryana has done a commendable job of providing comfortable transport facilities to the people. They deserve a lot of credit indeed. The Indian Railways also does a good service by running trains on a punctual basis. The number of private travel agencies provide a comfortable conveyance facility to the people. All in all the Transport facilities in Rohtak are very good.