Rohtak city is the district head quarters of Rohtak district in the state of Haryana. Situated at a distance of about 70 kilometers from the capital city of Delhi and about 250 kilometers from Chandigarh, it forms a part of the National Capital Region and is fast emerging as important and strategic industrial hub. Historically, Rohtak has been in the fore front of almost all events and has in the process acquired many historical monuments that are reminders of the rich cultural and religious heritage this place enjoys. More than the abundance of historical monuments, it is the co-existence of cross cultural and religious tolerance that sets this place apart. 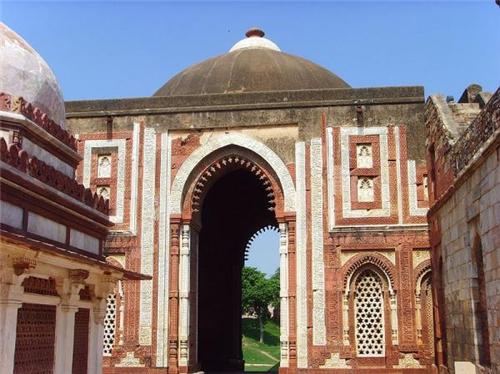 There are many mosques in Rohtak that depict the rich cultural and intricate architectural finesse of the bygone Muslim era. One such famous and historical Muslim architectural marvel stands out among others. It is the Dini Mosque which is also famous as the Adina Mosque. This mosque was said to have to been built during the glorious Mughal Empire, during which era many a famous monuments were constructed not only in this place but across the country.

The Dini or Adina mosque clearly depicts the typical architectural style of the Mughals. With carved arches that adorn the peak of the mosque, it speaks volumes about the workmanship of the builders. The arch which adorns the mosque minarets has inscriptions about Allauddin Khilji. The pillars of the mosque are also inscribed with writings about different Mughal heroes. This mosque has an underground basement area, which at the present, has been sealed off to the public.

The Dini mosque is located in the heart of the city and this provides an easy access to this historical monument of the Mughal era. The mosque can be approached from anywhere in the city. There are a number of means of local transport which make the journey to this monument as well as a religious place, very convenient and affordable. A number of local taxis, cabs, auto rickshaws and cycle rickshaws are available from anywhere in the city to this place. Beside these modes of transport, there are private as well as state run buses that cover all the important routes along the city. Thus getting to this historical mosque is no problem at all. 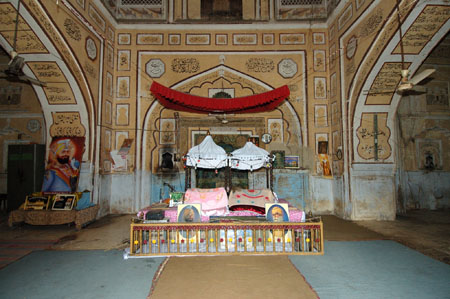 Apart from the Dini Mosque or the Adina Mosque, there is another monument in this city that has bears testimony of the rich architectural style of the Mughal. The Jama Masjid or Mosque. It is believed to have been built during the reign of the Mughal Emperor, Humayun in 1531 AD. This monument also bears the typical architectural style so common to the Mughals, with inscriptions detailing the greatness of the Mughal heroes of the period. This monument although intended to be a mosque by its builders, has now been converted to a Gurudwara, where prayers are daily held.

Rohtak is an excellent example of modern advancement and development along with the preservation of its rich cultural and religious heritage that exist harmoniously side by side, not disturbing, but complimenting each other.

Explore more about History of Rohtak