In the state of Haryana is the Rohtak District. It is among the 20 other districts in Haryana and the city Rohtak is known for many things today - the biggest cloth market of Asia, the erstwhile Medical College and the innumerable diaries that the city boasts of. Lately it has become quite an industrial hub and is also known as the education city. But if you delve into the history of the place you will be amazed to see how deep the links go. The name Rohtak owes its origin to either Rohtasgarh- the Khokrakot sites of ancient ruins after the king Rohtas or from the tree Rohira which were found in abundance here before any settlement had begun.

The Painted Grey Ware culture and its inclusions in the ruins of the Khokrakot near Rohtak speak clearly of the relation of the region with the later Vedic Periods. Rohtak has possibly the most number of mentions in the ancient literature that holds testimony to the fact that the land has been inhabited since time immemorial. There is Niryavalika- an Upanga text of the Jaina sources that speaks of a Yaksha shrine here. Legend has it that Kartikeya; the Hindu deity was the Jaina Muni as indicated in the Brihatkathakosha which also has the mention of Rohtak in it. In the epic Mahabharata, Rohtak is referred to as Rohitaka- the capital city of Bahudhanyaka. Also, according to the Skand Puranas, there were 5.00,000 villages of which Rohtak was the capital in Haryana.

Tracing the development of Rohtak till the Mughal Era 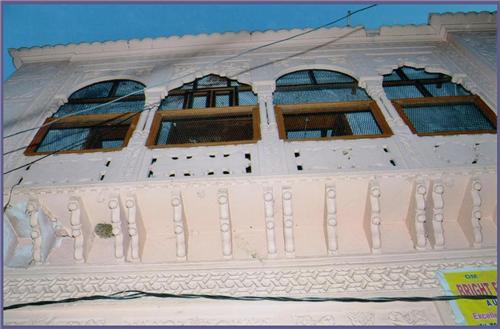 There have been evidences of Mauryan rule over the region after which the Yaudheyas were in power briefly before they were overpowered by the Indo-Greeks, Kushanas and the Sakas. Significantly after the Kushanas, the tribal republic of Yaudheyas resurfaced, the proof of which in the form of coins and seals can be found in the ruins of Khokrakot. But soon the Hunas took over and there are scriptures bearing testimony to that.

Rohtak was in the hands of Vardhanas as a part of Thanesar and then as a part of Kannauj under Harsha and The Pratiharas in the 9th century. When the Mughals came in power, there was inclusion of Rohtak in the Suba of Delhi by the Mughal-Akbar and was given out as a military Jagir to other chieftains. After the decline of the Mughals there were Rajputs, Jats, Sikhs and Marathas ruling in Rohtak and then it passed under the British. 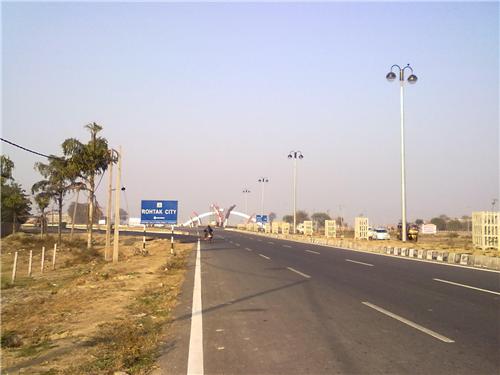 Under the British, Rohtak was awarded to the Nawab of Dujana who abandoned part of the region which included Rohtak and thus began the construction of the Rohtak district as we know it. By 1824, Rohtak district comprised of Meham, Kharkhoda-Mandothi, Beri, Rohtak and Gohana under Delhi but was then later passed on to Punjab. However, the Hisar Division comprising Rohtak was abolished in 1884 and till 1997, the abolitions and assimilations continued. The current Rohtak district consists of Rohtak and Meham Tehsils.