Rohtak district has been designated a separate unit since 1824. The Highways in Rohtak are shared with Delhi since they are in close proximity. One such prominent Highway of Northern India is the National Highway 71. It is stretched along a distance of 307 kilometers. The major junctions of the Highway are from Jalandhar, Punjab to Rewari, Haryana among which the primary stops are Nakodar- Barnala- Rohtak- Rewari. 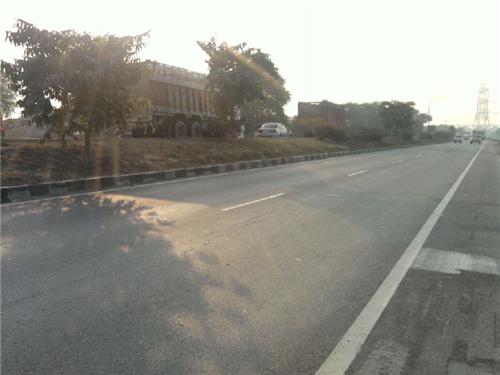 To expand further on the route, the Highway covers the subsequent towns in the same order. It first goes through Nakodar, Moga and Barnala. From here it extends to Dhanaula, Sangrur, Khanauri, Narwana, Jind, Rohtak, Dighal and Jhajjar. At last comes Rewari. However, it is of significance to know that since the current Rewari- Bawal Road has shortcomings because it has only a couple of lanes, the road invariably pass through the inner congested areas of the town.

For better network of roads, there is a new construction of a four lane road stretching for about 82.5 kilometers from Rohtak to Rewari which would result in the alignment of the roads as Jhajhar- Rewari- Sangwadi. This stretch has been proposed to open from the November 2013 and would be an enhancement over the Jhajhar- Rewari- Bawal route which has as earlier mentioned provisions for only 2 lane traffic.

Therefore to understand it better, understand that the NH71 starts at Jalandhar and moves southwest till Moga which is a total distance of 97 kilometers. Then the route moves in a southeast direction and goes past Barnala and Dhanaula to end in Sangrur on the National Highway 64. The NH71 moves southwards and runs along Ghaggar and then Dogal to enter Haryana. Once past Shatrana and Narwana, the highway turns southeast to get past cities like Jind, Jaulana, Rohtak, Jhajjar and Rewari. But to avoid taking the congested Rewari inner roads, the new project had been commenced. It will also possess a flyover on the Delhi- Rewari road between police lines and JLN canal.

This construction has been assigned through DBFOT basis which will Design, Build, Finance, Operate and Transfer and will be chargeable through toll tax. This NHAI- Rohtak to Jind NH71 Road Development under the Haryana Construction Project Profile and all the information pertaining to it can be found in the internet with details project ownership and its full funding. With it therefore, the much required connectivity can be established between important towns and cities.

Although strategically, the national highways involve only 2% of the total road length in India yet they are exposed to close to one third of the traffic. Construction, maintenance, improvement and widening of the present national highway system are a Government of India undertaking. For similar pursuits, the World Bank has also allotted loans of a large sum of money to develop the highways in six prominent states of India which are Haryana, Tamil Nadu, Gujarat, Uttar Pradesh, West Bengal and Haryana. The above said road and highway construction possibly is funded with this money.

Explore more about Services in Rohtak