The Rohtak city is populated by majority of “Haryanvis” and thus it portrays the ancient culture of Haryana. The inhabitants of Rohtak speak a mixture of languages which include- Punjabi, English, Hindi and Urdu. However, the most noticeable language is the “Haryanvi” or “Jatu” language which is spoken widely in Rohtak. Jatu is the main language of the Jats in Haryana. Haryanvi language is a bit rude however it is full of simple humor and honesty. The Haryanvis still stick to their ancient traditions of yoga, meditation and Vedic chants.

With the passage of time Rohtak has also developed very quickly and due to its closeness to Delhi, its cultural features have also transformed from traditional to modern.

Fairs and Festivals of Rohtak 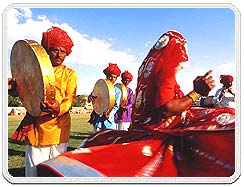 All the festivals and fairs are celebrated with great passion and enthusiasm.

Music and Dance in Rohtak 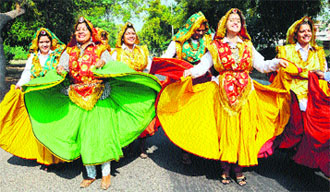 Folk dance is not only a form of dance that is performed here but it is a creativity which helps in releasing the fear and apprehensions of the performer. It is a dance form to express one’s feelings in a creative and elegant way. Apart from folk dances dramas, swangs and Haryanvi songs give flavor to the region.

The rural parts of Rohtak are rich in folklores and folk music which represent the true culture of Haryana. The group songs are mainly classical in nature and themes chosen for these songs are generally mythical. Some of these group songs are specially meant for famous festivals like- Teej, Holi and Phag. The country side music consists of songs in which Pahari, Kafi, Bhairavi and Jai jai vanti ragas are mainly used. The Bhats, Jogis and the Saangis are mainly responsible for making the folk music of Haryana so popular in Rohtak and the other rural parts of Haryana.

Click here to know more about the dance and music classes conducted at Rohtak.

Art and Architectural Heritage of Rohtak

Rohtak was rich in its art and architecture a couple of years back. The city boasted of 50 mansions which were constructed in traditional style of architecture. But due to the growth of commercialization, the owners of these mansions demolished all these beautiful buildings to make shopping malls. Moreover, a lot of stone facades which included attractive motifs and carvings were sold to the heritage dealers. Numerous villages around Rohtak could have abounded with beautiful buildings embellished with pretty elements and conventional architecture if they were taken care of, but now all these are in poor condition and collapsing. 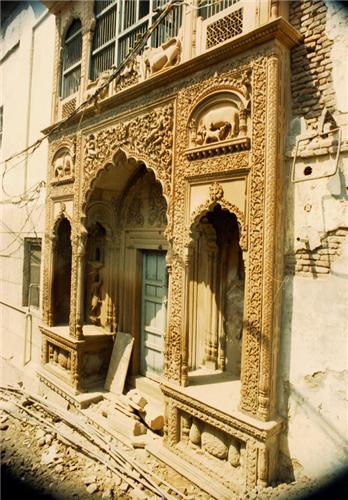 In the rural areas of Rohtak pottery is the most popular craft and it is the main profession of the locals. The potters make beautiful toys in the form of tiny animals, houses and people; all these are made of clay. Besides these many utensils and decorative items are also crafted with utmost dedication and perfection and when they are done they are adorned with intricate designs. 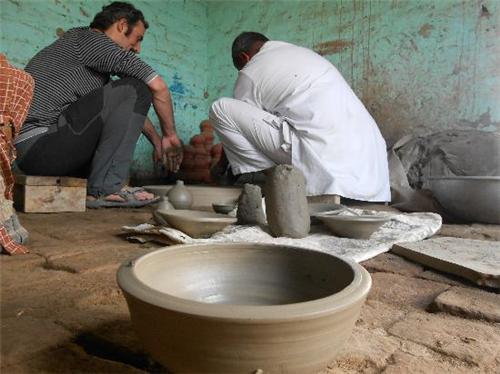 These clay items are in high demand during the seasonal festivals. Some time ago stylish utensils (cups, water vessels, pipe bowls and plates) of unusual shapes were also made in Rohtak. The color of this pottery stuff was pale reddish brown. Nowadays, shiny pottery is also crafted in some areas of Rohtak.

Embroidery is also very popular in some parts of Rohtak which is done by the rural women. A variety of clothes like- dupattas, stoles and shawls consist of heavy embroidery which include beautiful motifs of flowers, humans and birds.

The following are the two main centers in Rohtak where one can enroll to learn art and hand works: 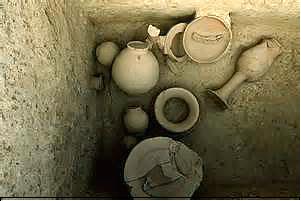 Farmana Khas is an ancient archeological site situated in the Meham block of Rohtak, Haryana. This place is spread over an area of 18.5 hectares. This site contains 70 burials that belong to the Mature harappan era dating back to the 2500-2000 BC. This site was unearthed by the Archeological Survey of India in 2006.

The recent researches contain facts of inter-regional marriages. These weddings are an evidence of the Harappan culture which was a period when the people used to organize weddings for business purposes. Other possessions that have been unearthed from Framana Khas are bangles brought from Gujarat and beads made of conch shells. 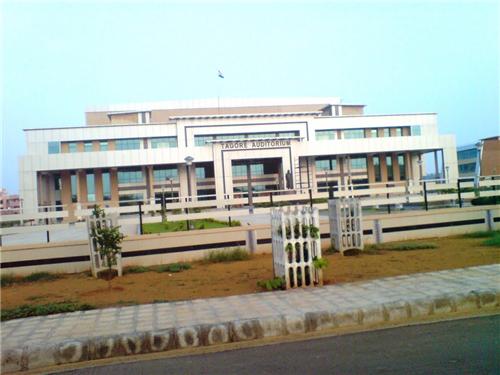