Bangla Sahib Gurudwara is a holy place positioned on the Jind road nearby Mata Darwaja Chowk in Rohtak. This pious place is devoted to Sikh's ninth Guru- Guru Teg Bahadur. There is a Sheetla Mandir which lies nearby this Gurudwara and another place which is associated with this place is the ‘Kaalaa Mohalla’ where an old lady is believed to have fed Guru Ji. 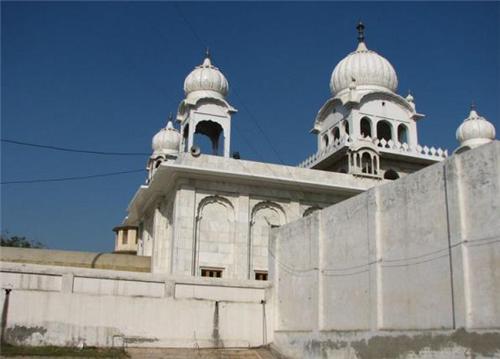 The Gurudwara is a fine structure much like the other Gurudwaras, done in white. Most Gurudwaras have the ever important Prayer Hall that holds the congregation. In the Hall, there is also the sacred seat of the holy Granth which is kept on a platform higher than the floor and has a canopy. The large verandahs on the sides speak of the Sikh’s receptiveness to all irrespective of caste, creed or social status. The building is also characterized by a ‘gumbad’ or a dome shape roof which can be found in almost all Gurudwaras. 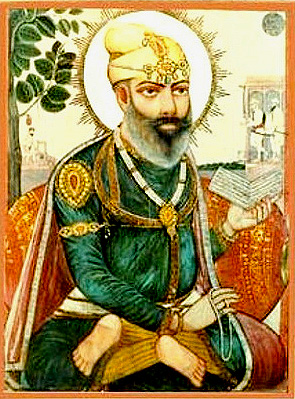 He was the youngest amongst all his siblings and had four other brothers and a sister. His father was Guru Hargobind Sahib and mother- Mata Nanki Ji.

Although his childhood name was Tyag Mal which literally meant the ‘master of renunciation’ but his bravery and swordsmanship earned him the popular name of Teg Bahadur which meant ‘a champion with the sword’. The battle in question was the battle of Kartarpur and was waged against Painda Khan. It is said that this Sikh martyr had graced the Gurudwara premise for three days with his horse.

The principal reason for Guru Ji to come to Rohtak

Guru Ji was visited by alarmed Hindus and famous Kashmiri Pundits who feared the Mughal King Aurangzeb who had made it a personal mission to convert all into Islam. The native religious sentiments of the people were trampled upon and they were being forced to take up Islam. An appeal was made to Guru Teg Bahadur and people pleaded with them saying that the honor of Hindu religion was in his hands alone. Guru Ji with a mission to show the way of God to the people made his long and tedious journey from Anandpur.

He came to Kiratpur, then to Ropar, Nanhera and went south to Saifabad, Samana and then proceeded to Kaithal, Jind and Lakhanmajra and then to Rohtak. It is believed that he and his horse halted at Rohtak for three days near a pond. He is also believed to have constructed a well here which has been supposedly filled up.

The importance of the teachings of Guru Teg Bahadur

The prime teaching of Guruji was for the oppressed people of the area. He taught people not to cause any fear to fellow mates and not to accept awe from fellow mates. Guru Ji clearly was indicating to the threat of the Mughal but wanted to appease and calm down the people first. As legend has it Guru Ji was to go to Aurangzeb then because he had already challenged him that if he can make Guru Ji give up Sikhism then he would be free to convert the rest.

How to reach Bangla Sahib Gurudwara